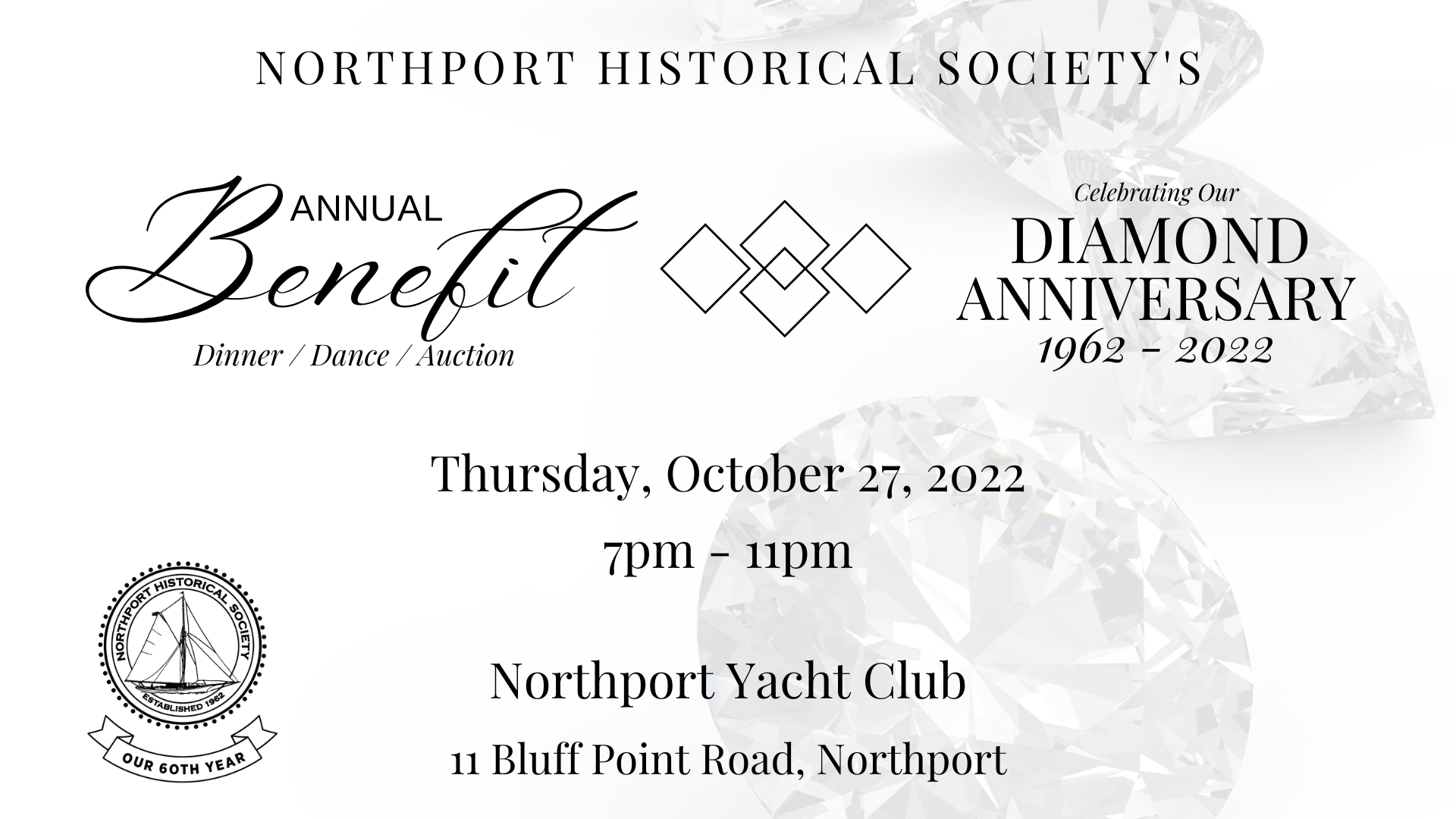 Join the Northport Historical Society as we celebrate 60 years of Preservation, Education and Community

All are invited to join us at the Northport Yacht Club for an evening of dinner, drinks & music by NYC band, Somewhat Nautical, as we look back on more than six generations of preserving and protecting Northport history.

The evening's festivities will also feature a presentation of the Northport Icon Award to the Yacht Club.

In 1962 founder Marilyn Campbell created the Society with a group of local women who shared her passion for preserving local history. Since then, the Society has grown rapidly to better serve the public.

Past: A New Museum on Main Street

Northport resident Marilyn Campbell founded Northport Historical Society in 1962, however it was not until 1974 that the growing collection of historic items and documents were taken from dusty attics and basements and placed into the safe storage facility in the Carnegie Library on Main Street. The building’s rich history and central location has contributed to the museum’s successful exhibits and educational events over the years.

In the past two years the Society has experienced another unprecedented period of growth. Through generous donations made by Arlene Handel and Muriel Gottesman, we have purchased two adjacent historical properties: The Skidmore House (199 Main Street) and The Donahue House (209 Main Street). By acquiring these properties we have built momentum towards our next stage of immense development: Access for All.

The Society’s mission has always been to serve everyone in the community. Unfortunately, the stairs outside and inside the museum make it impossible for some visitors to join us for exhibits and events. Therefore, we are focused on expanding the building with accessible entryways. The Annual Benefit is the Society’s most significant fundraiser and proceeds will support our plan to open new doors to all museum visitors.

We ask that you support our mission by becoming a sponsor and attending the 2022 Benefit celebrating our 60thAnniversary. Thank you in advance for your contribution and for your presence at our annual event!

Since its inception in 1962, the Society has remained true to its mission of preserving and sharing our local history through educational programs, fun events, and creative exhibits. The current Board of Trustees and staff realize that without the contributions of those that came before us, we would not be as successful as we are today. We'd like to celebrate those who contributed to the Society's success over the last 60 years. If you are, or if you know of any past Directors, Staff, Presidents or Trustees, please email Terry Reid at [email protected].