Pretty In Pink on Asharoken Avenue

When you drive down Asharoken Avenue and see what remains of the unusual “Pink Palace” that stands #200, your imagination can take hold. There is something romantic and mysterious about the old house and you can’t help but wonder. The recent sightings of the “For Sale” sign has prompted many to ask: Who built it? What elegant people graced its halls? What happened to them? 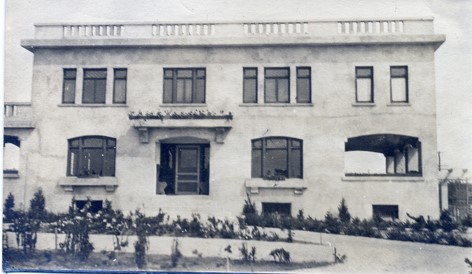 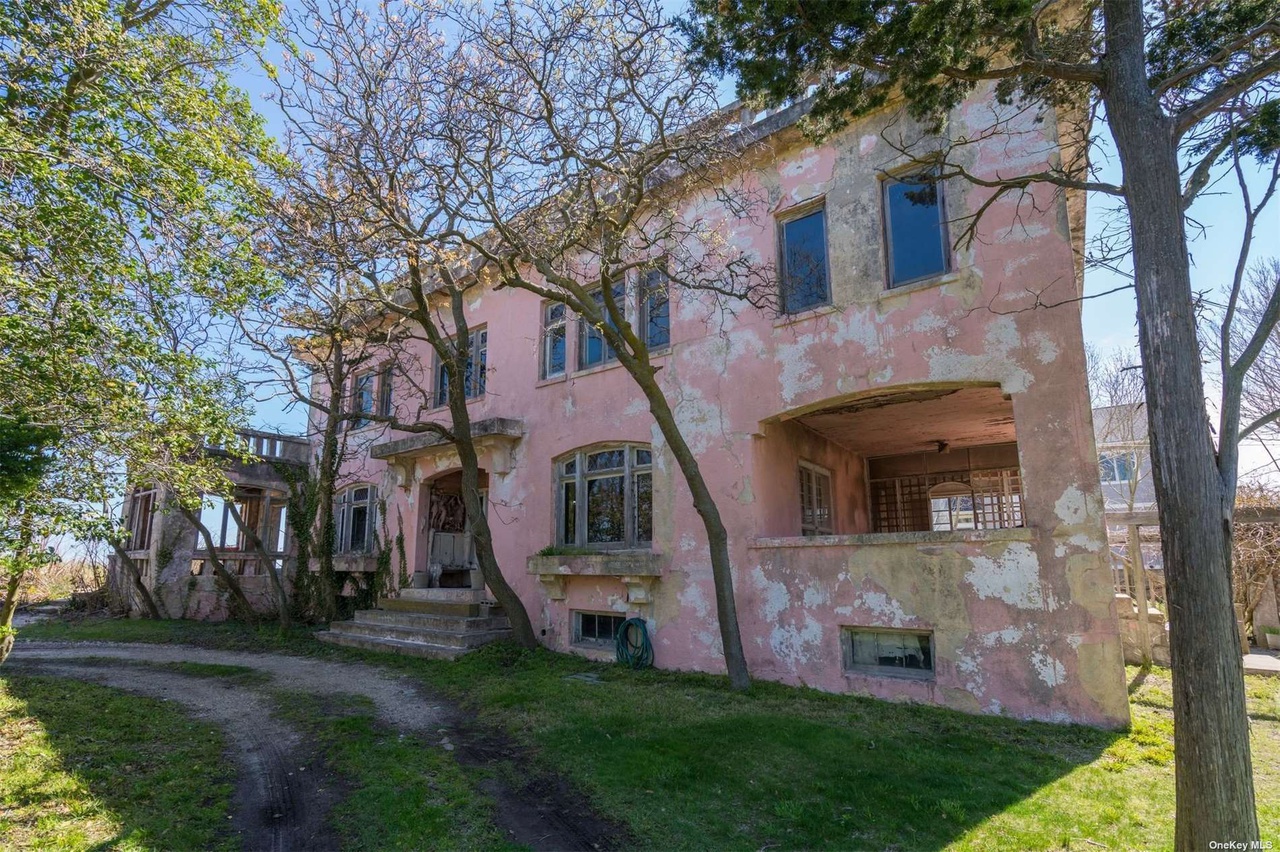 Not much was thought of “East Beach,” as Asharoken was called before 1900, other than the long and sandy path you had to traverse to get to Eaton’s Neck. William Codling would change that. A successful lawyer and real estate developer, Codling bought the sandy strip of East Beach from Ida B. Smith, changed the name to Asharoken in honor of the Matinecock chief, and built the first model home, which he came to live in. Soon after a second home was built and sold.

In 1909, a wealthy couple from New York City, John and Laura Stewart, bought a 100-foot lot from Codling, that was situated east of a lateral road that extended from the Avenue to the Sound at that time. John Wood Stewart was born in New York City in 1856. In 1897, he became a stockholder and a New York sales rep for the Phillipsburg Silk Mill Company. After eventually buying them out, he opened several other mills throughout Pennsylvania and New Jersey and formed the Stewart Silk Company, becoming one of the largest silk manufacturers on the East Coast. A piece of his silk is in the collection of the Smithsonian.

Laura was a petite but strong-willed woman, who was a master at needlework. Having learned that an orphanage needed clothing for the children of victims in a mine disaster in Wales, Laura, who lived in Philadelphia, and a group of her friends agreed to make two garments for every child. “One to wear, one to wash.” In 1885, Laura and her friends realized that they could expand their charitable efforts and founded the Needlework Guild of America. It was a “Charity that helped charities.”  Thousands of women joined, creating local chapters across the country. Soon afterwards Laura founded the “National Plant, Fruit and Flower Guild,” which reflected another of her interests, horticulture. With the two guilds Laura was able to attract many prominent women of the time to join the Board of Directors, including First Lady Edith Roosevelt.

John married Laura Safford in Philadelphia in 1886. It was said that their marriage was one of equality based on mutual admiration. While John managed the financial end of the business, Laura provided insight and guidance in regard to the textiles themselves. They bought a lavish masonry mansion at 205 W. 13th Street in Manhattan where the courtyard in the back extended nearly to 14th Street. Laura created a beautiful garden oasis in the middle of the city, complete with water features.

In 1895, John and Laura adopted two infant boys and named them Pliny Fisk Stewart and Lewis Morton Stewart. Lewis, called “Morton,” was named after Laura’s cousin, Levi P. Morton, who was Vice President of the United States under Benjamin Harrison, and was later Governor of New York.

Looking for a home away from home, Laura found Asharoken and was attracted to its openness and proximity to the city. After purchasing the beach lot, Laura set about designing the house and gardens. Her grand vision was one where the garden would take precedence and the house would become one with the landscape. The house was built in the Italianate style and garden features such as statuary, trellises, and fountains were built into the structure. It had a flat roof where canvas awnings were strung to shade guests as they took in the breathtaking views of the Sound. The interior featured 10-foot ceilings, a grand staircase, leaded glass windows, and ornate fireplace mantles. A two-story chauffer’s home was also built west of the main house in the same style. With Greek columns and grape arbors between the two homes and hundreds of specimens of flowers and grasses were planted. When everything was complete, Laura named the estate “Solana.” 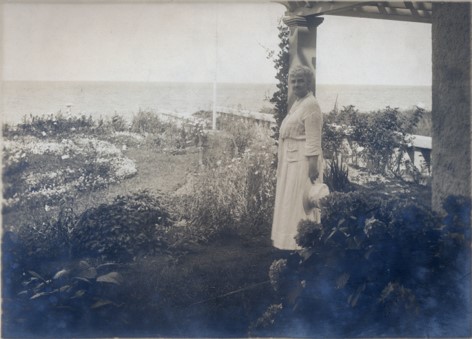 In January of 1915, the Stewarts purchased two additional lots to the west of the lateral road. The land was cleared except for the native bayberry and beach plum bushes. They imported topsoil and expanded the gardens until eventually they stretched over five acres and contained over 1,000 specimens.

When World War I broke out, the two Stewart sons, joined the Army and served in France. Laura travelled the country mobilizing local chapters of the Needlework Guild to supply blankets and coats for the troops. When the War was over, President Wilson asked Laura’s other Guild, the National Plant, Fruit and Flower Guild, to assist the French in re-foliating entire towns.

In 1924 at 75 years old, and now a widow, Laura founded both the Asharoken Garden Club and the Huntington Garden Club and kept busy writing letters to national publications encouraging woman to join the Guilds. In 1925, Laura became instrumental in the incorporation of the Village of Asharoken.

Laura Safford Stewart died in 1931 and Solana was sold to investment broker Emerson W. Axe, who also owned a castle in Tarrytown that was able to be seen from the Tappanzee Bridge. Around 1964, they sold to David and Gloria Sarser. David was a concert violinist, was in the NBC orchestra and owned Studio 3 in NYC were many famous musicians recorded. He also held several patents for devices such as the 8-track tape. His wife, Gloria was a television actress and was perhaps best known as Miss Gloria on Romper Room.

Over time the estate has been broken up and developed, along with all of Asharoken Avenue. Laura’s Pink Palace, though ravaged by the sea air and time, stands as reminder of the long-ago days of quiet refuge and garden parties along the sea. With its recent sale, the fate of Solana is unknown.