Conservation with Emily:
A report from our Collection Assistant

In an effort to consolidate and reorganize our Framed Works collection, the Collections Team at the Historical Society has been assessing the condition and suitability of our frames and works within them. The process has been an exciting one. The variety of works and the method in which they were framed gives us a view into Northport, and the world around the frame, at the time it was sealed. 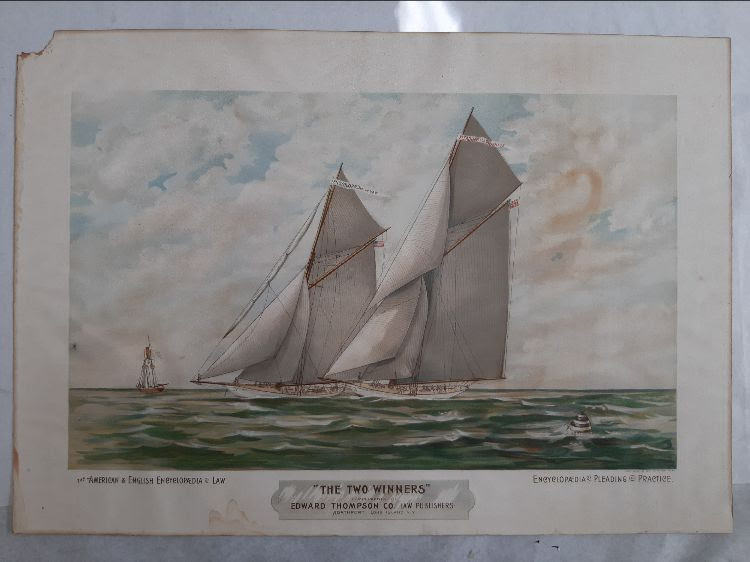 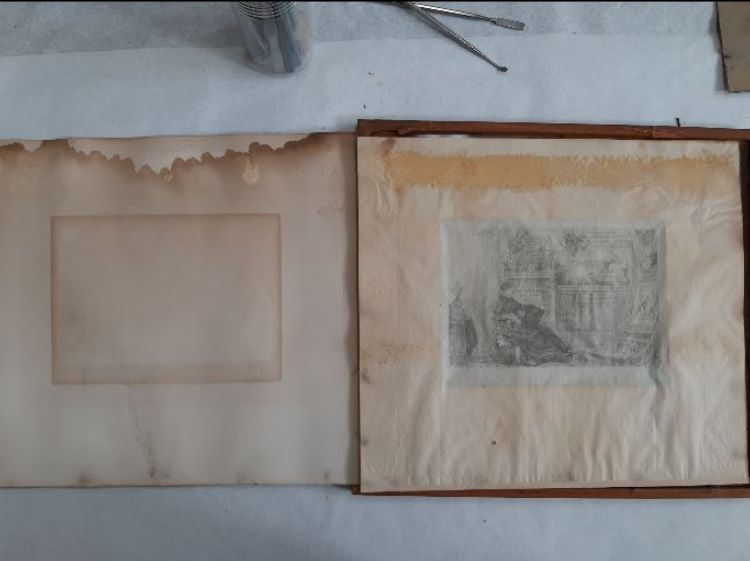 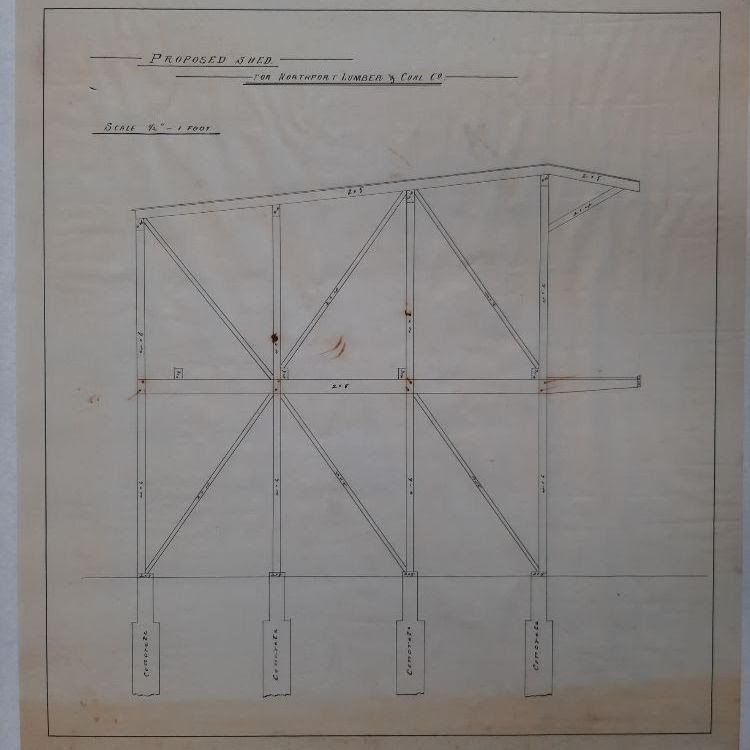 Another work which needed similar treatment was a large photographic print of a house in 1910 belonging to the Dumonts. Upon opening the backing paper, a handful of tiny dried flower petals fluttered onto the table. After removing the rest of the backing paper, at the top right-hand corner read: “Something from another time”.

The photo of the Dumont house and petals from inside the frame are seen below: 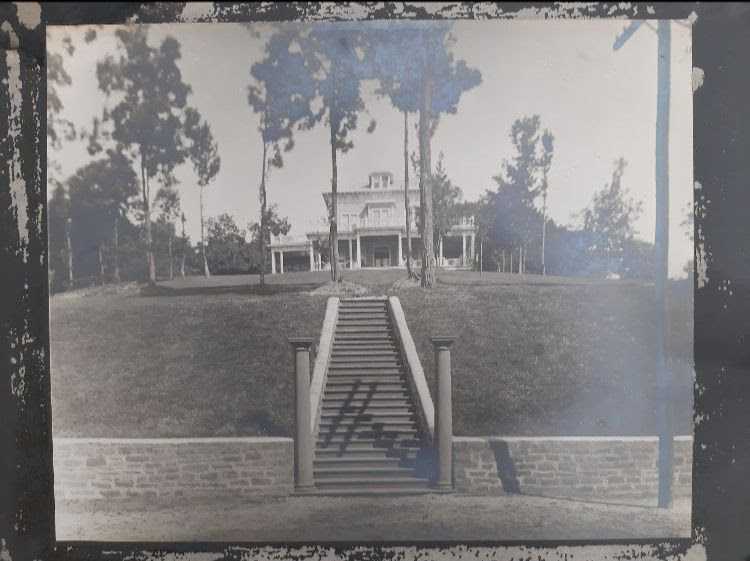 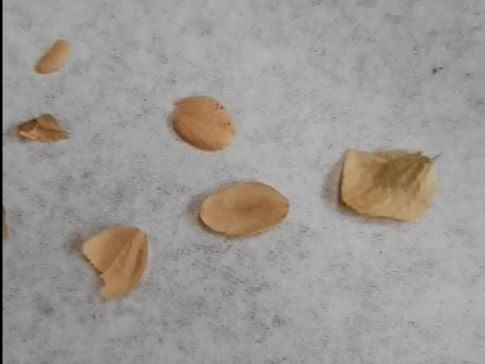 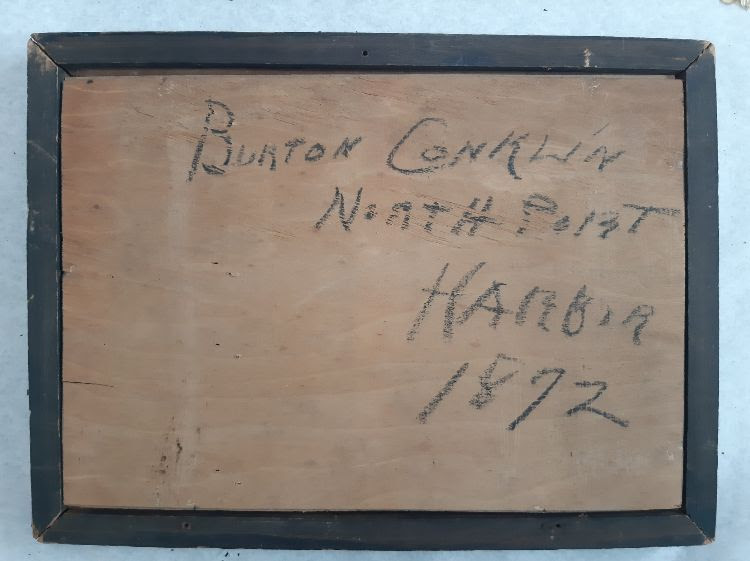 The first work was a view of Northport from behind a propeller plane, but upon opening it we found a matted picture of a salon or parlor room in a beautiful Victorian house. Whether or not this is Burt Conklin’s house, requires more research. The answer may lay in two tiny portraits hanging on the wall in the room, or perhaps in a recognizable piece of furniture. 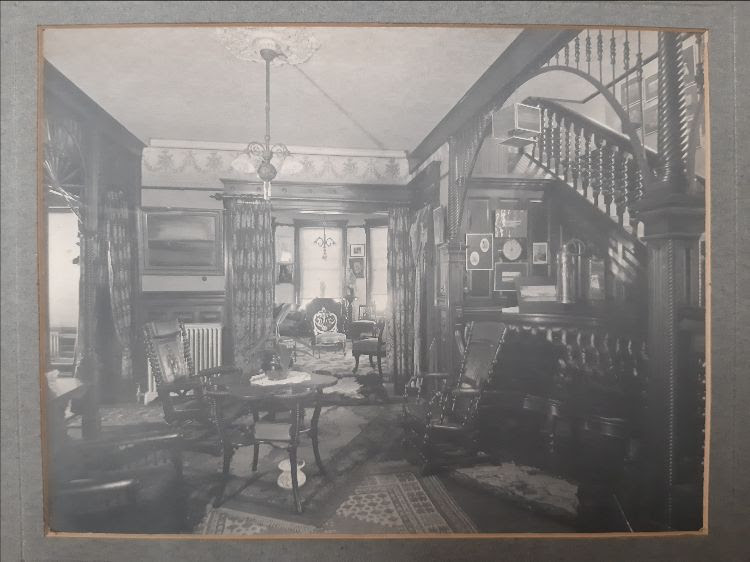 The second was at first glance, a collage of two oddities; a giant whale washed up on the beach with a crowd and policeman gathered around along with a laminated picture of Northport’s Main Street after the historic 1934 snow storm. Both pictures were placed over the mat, rather than framed by the mat. 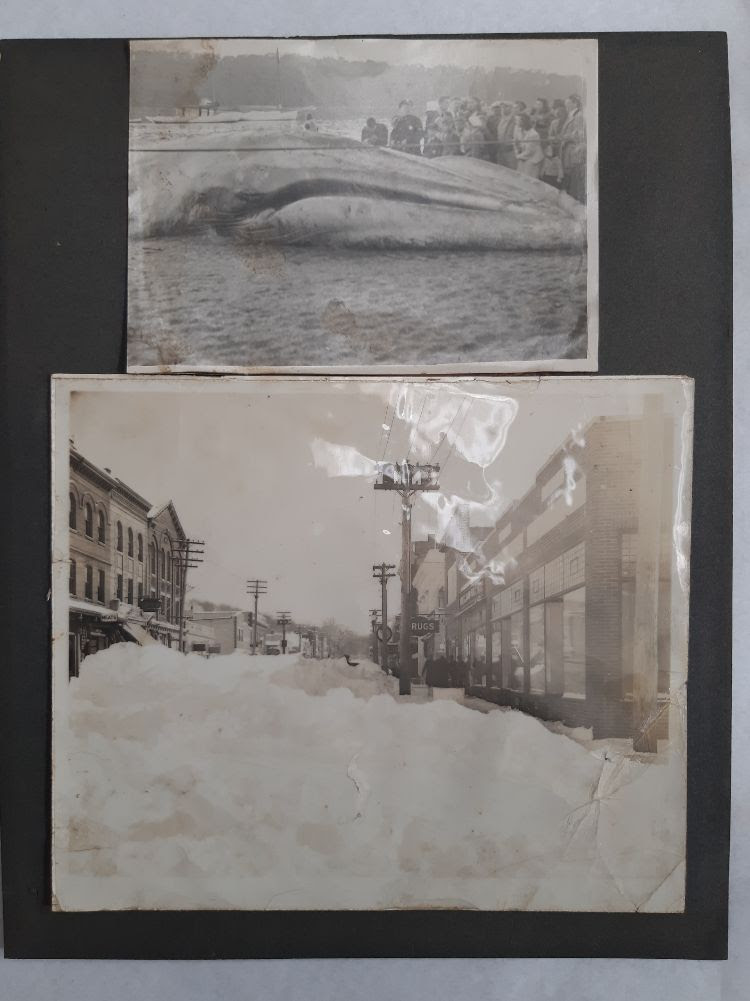 Once the frame was opened another snow storm photograph fell easily from the matting to reveal that the matting was serving its function for a much older picture. Further research has to be done to determine where in Northport or the surrounding area the snowy forest scene could have once been. 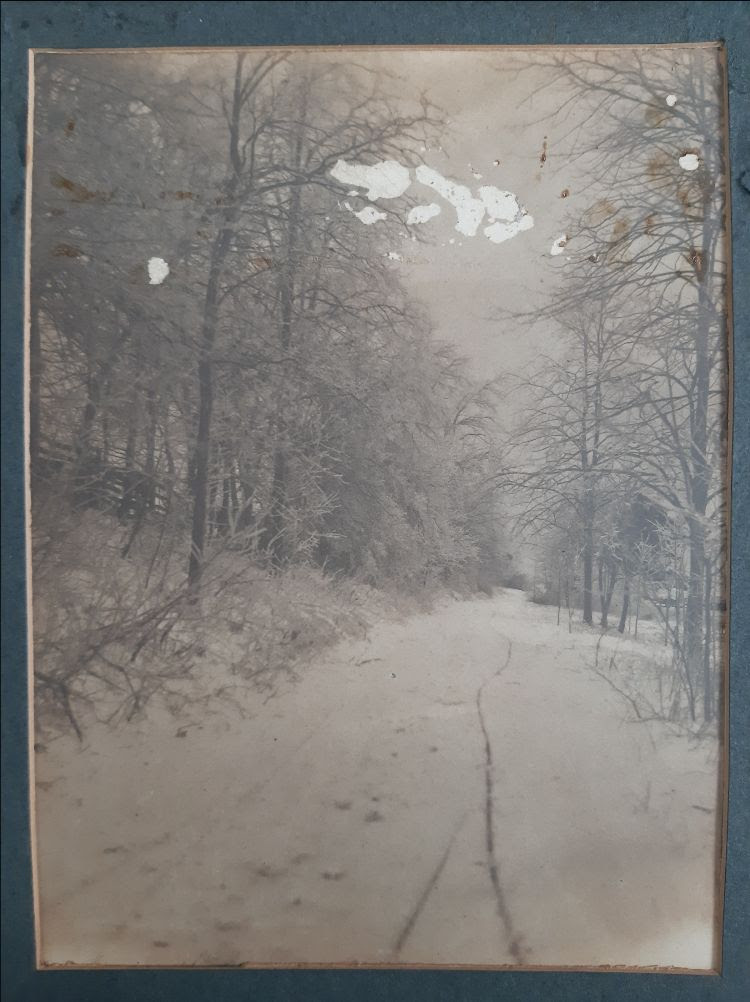