Symbols in the Cemetery

The Northport Historical Society, as part of its mission, interprets and teaches about many different aspects of life throughout Northport's history. One big aspect of life in a community... is death.
Benjamin Franklin is quoted as saying: "Show me your cemeteries and I will show you what kind of people you have." With this sentiment, he is referencing both the dead and the living. You can find art, history and genealogy on gravestones that tell all about the people who came before, but the condition of the cemetery says a lot about the living. Has the graveyard succumbed to vandalism, neglect, or apathy? What does that say about us?

There are several burying grounds and cemeteries in Northport- some cared for by the town, some on private property, and some maintained by churches. Many sit in plain sight but others are hidden in unusual places. 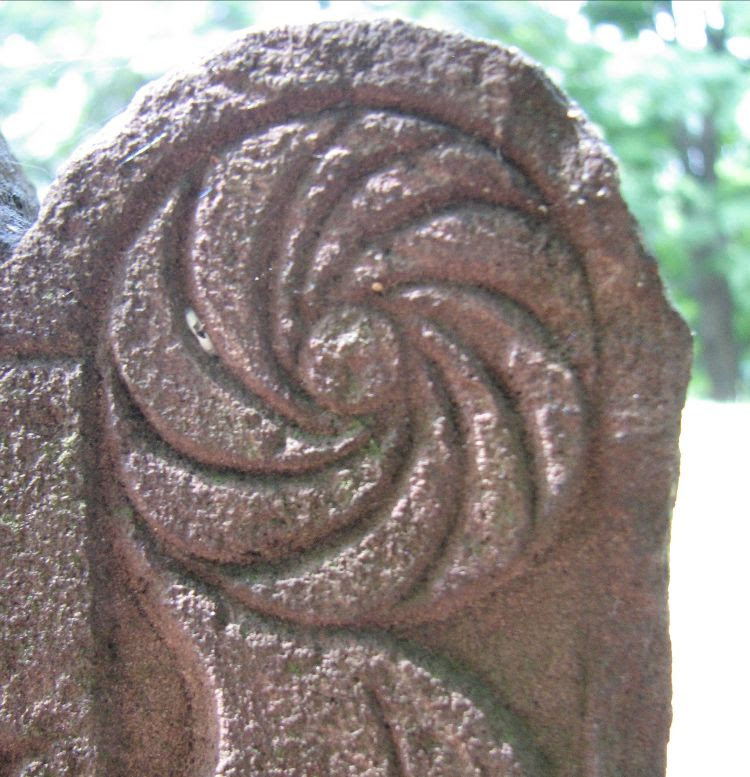 From A Christian Dictionary of 1680: Commonly found on the tops of border finials, circles, rosettes and pinwheels represent “the whole masse and body of all things under heaven, subject to continual change and mutation.” 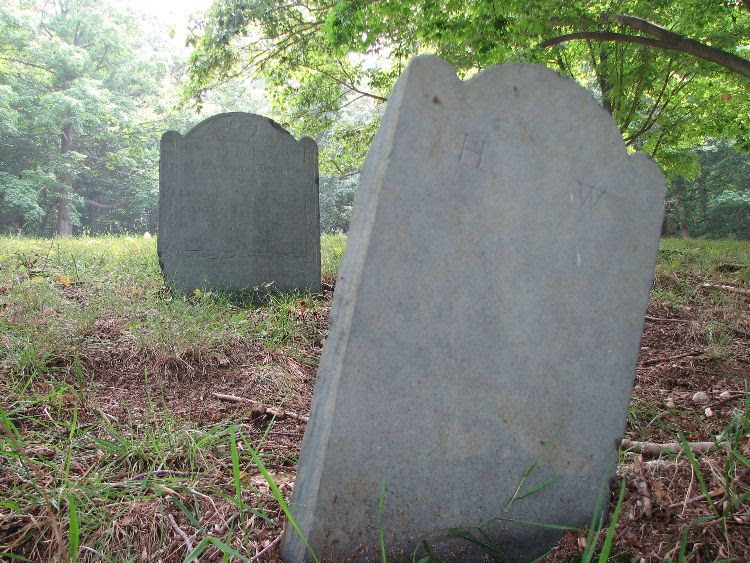 The headstone, itself, is a symbol. Headstones, shaped like doors, were looked upon as “doorways” into another realm. Often you see two stones, one larger, one smaller, arranged to look like a bed, an eternal resting place.

Very early Long Island burying grounds are often found on hills. Unusable as farmland, these plots were set aside by landowners for family use or as a gift to neighbors.

Puritan settlers did not believe they needed to be buried on sacred ground, which allowed them to adorn their gravestones with art and symbolism without disobeying the First Commandment. These embellishments are examples of one of the earliest forms of American Folk Art. Taken collectively, gravestone art and symbolism serve as a history lesson in the growth of Northport and its neighboring communities.

Throughout the centuries the symbols used on burial markers have evolved in keeping with the changing attitudes towards death, as well as important political, economic, and cultural developments. 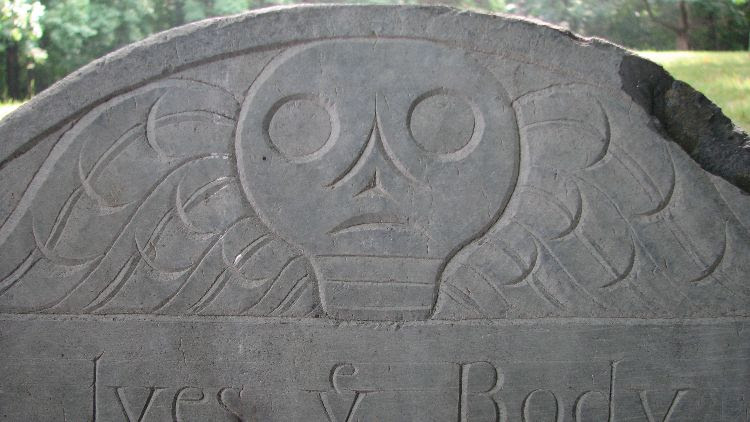 Rounded Death’s Head This style of carving began to appear on Long Island in the 1730s. The eyes are empty sockets, and the nose and mouth are formed with a few basic strokes in low relief. The stones, made of slate, are usually about two feet high and one foot wide. The borders are narrow and contain rudimentary scroll work. Two examples can be found in Old Northport Burying Ground. 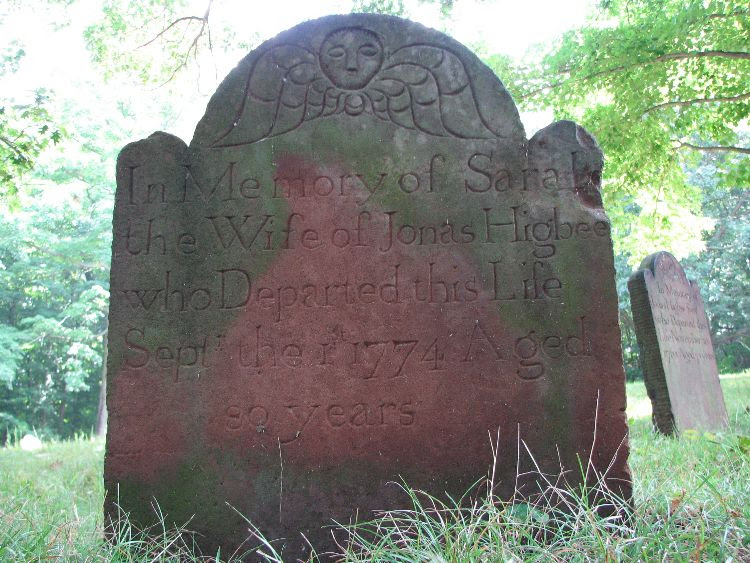 Symbols of Transformation  Around 1760, as the Puritans grip on society waned, we begin to see movement away from the winged skull and toward a symbol that characterizes the changing belief in life after death. The more human and serene face captures the moment in death where one’s being moves from the physical to the spiritual. 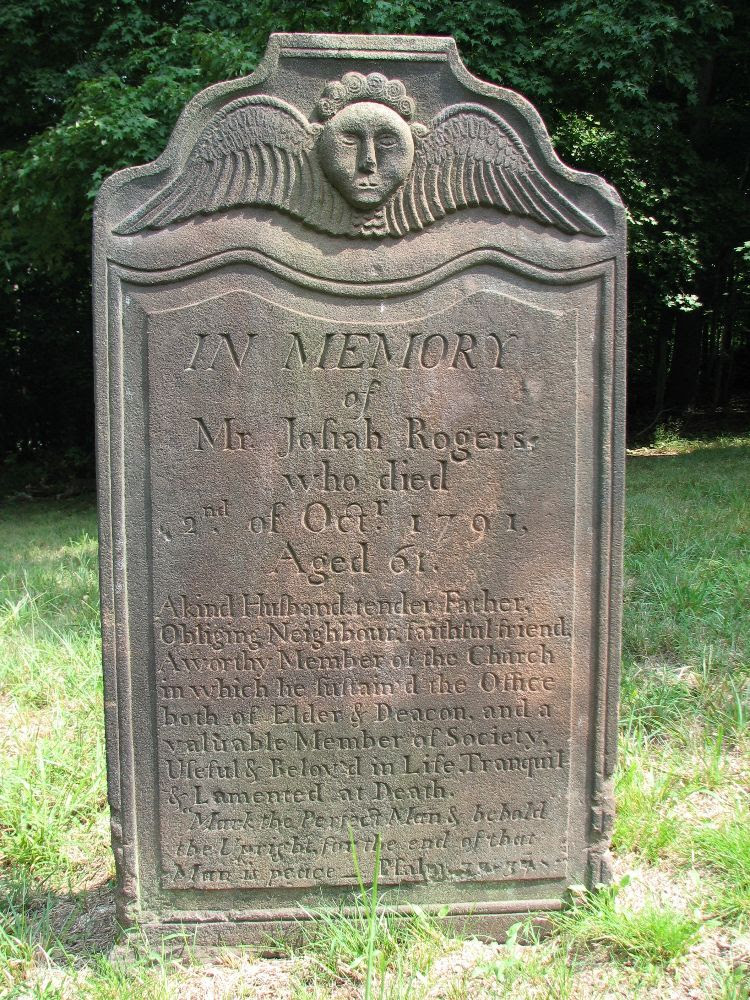 The Soul Effigy  Continuing to evolve, the death’s head fell into disuse in the second half of the eighteenth century. The religious movement known as the Great Awakening, though rebuked for several decades, took hold and New Englanders looked forward to their heavenly reward. 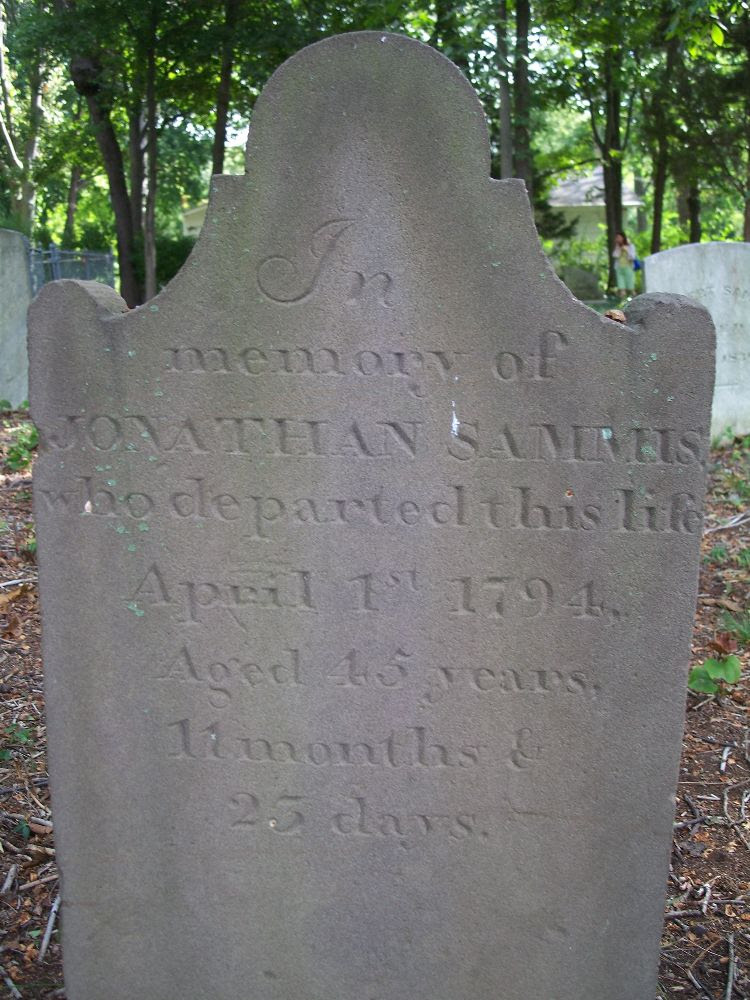 In Memory  After the American Revolution, with newly won freedoms of religion and speech, there is a movement away from the cryptic soul effigies and other symbols, to the use of the epitaph, where the deceased’s belief in God, redemption, resurrection, and virtue are expressed in written language. 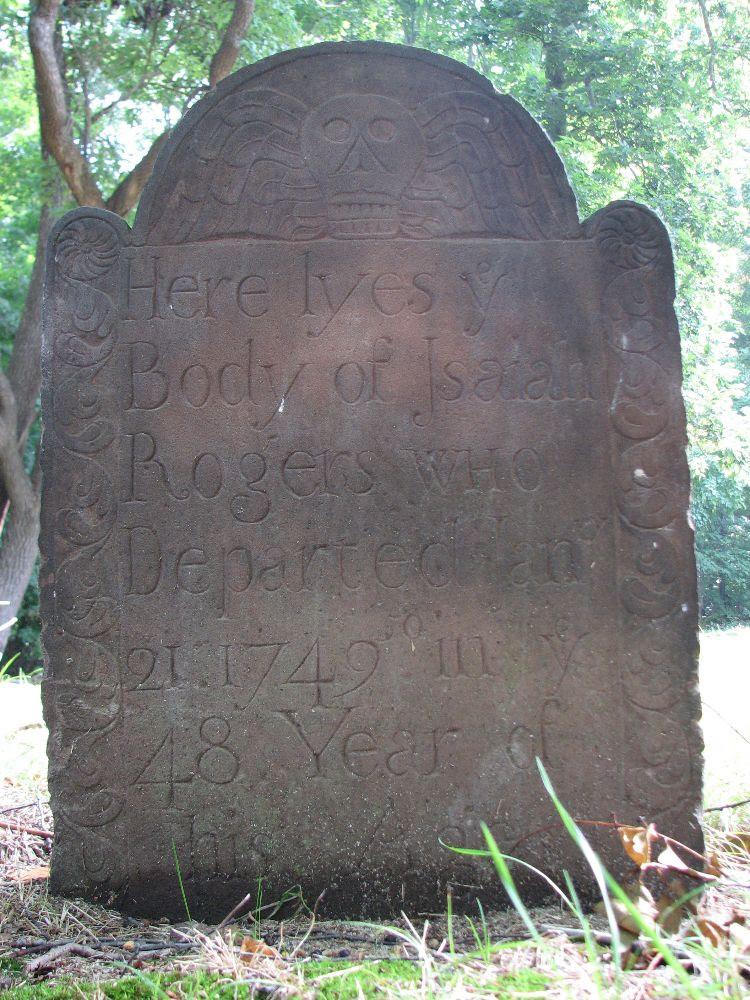 Two Dates Look closely at this gravestone. Note the small “50” next to 1749. In 1752 Britain and its American colonies converted from the Julian calendar to the more accurate Gregorian calendar. The change added ten days to the date and changed the first day of the year from March 25th to January 1st. Before 1752, documents, including Huntington Town Records, with dates that fell between January and March were written with split years. 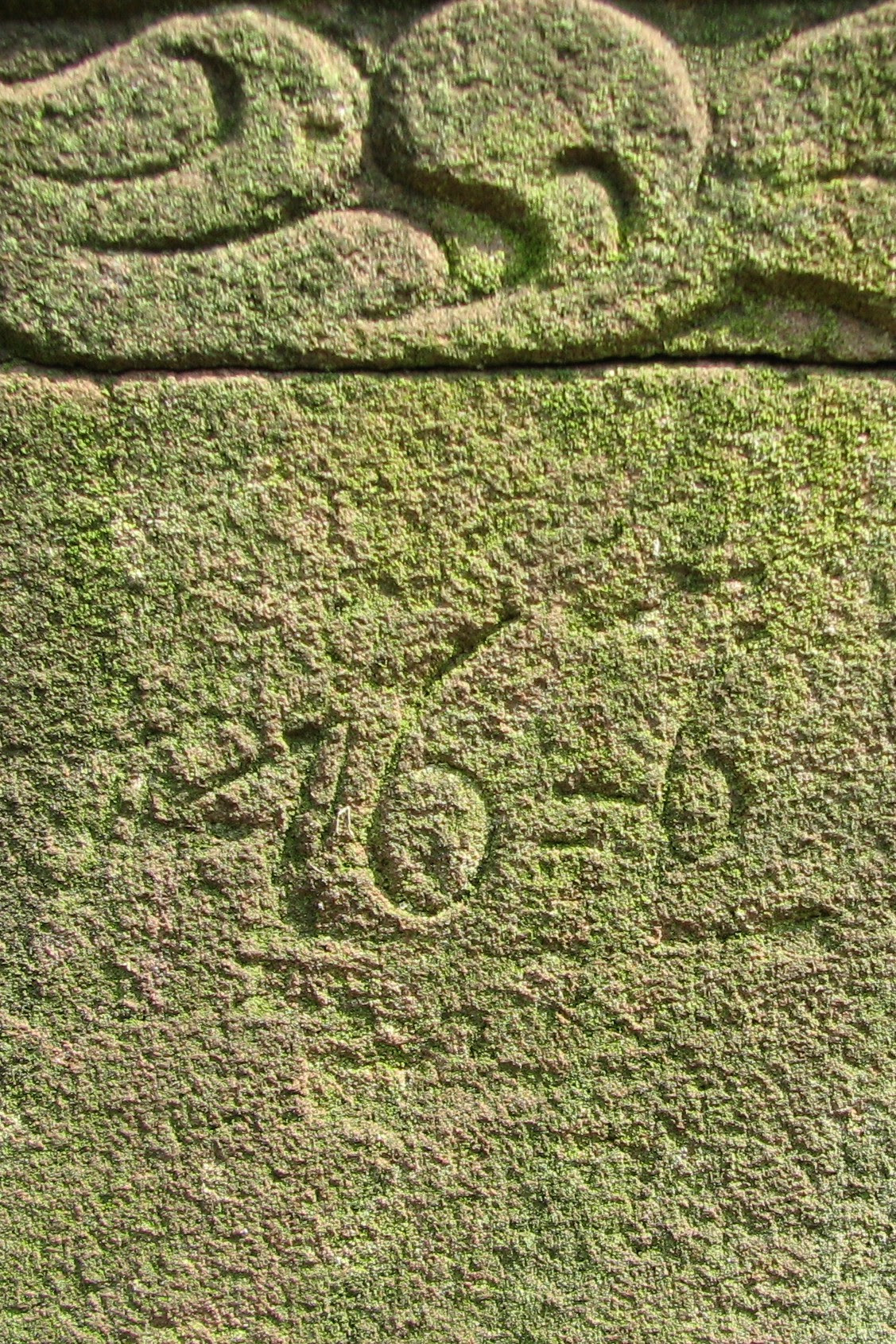 This stone includes the price paid in pounds and pence!