I want to start this month’s article with an apology for an error made in my last installment. It was reported that John Amato was responsible for refinishing our floors during a major restoration project, however, it was Tom Gulemi of American Floor Refinishing who did the beautiful job. John Amato refinished the cabinetry, which also came out beautifully.

At our 2012 annual meeting, Board President Steven King stated, ‘Now, as always, we face new challenges, such as better integrating ourselves with the digital age and improving the accessibility of the collection to future generations.’ The Society did indeed spend the next decade doing just that.

A new permanent exhibit titled “Our Stories: A History of a Community,” was installed in 2013 which told the story of Northport through the stories of some of the men and woman that had a big influence in the area. Law book publisher, Edward Thompson, architect Benjamin T. Robbins, banker Harry S. Mott and adventurer Edna Olmsted were just a few of the people highlighted.

In 2015, the Museum helped the Town of Huntington celebrate the 150th Anniversary of the end of the Civil War by featuring a year’s worth of related events. Our exhibit, Civil War: A Few Good Men followed several Northport natives, from enlistment to the battlefield. There were many educational programs as well, including demonstrations of Civil War era cooking, and lectures about the Underground Railroad, Civil War Medicine, and Civil War era music, just to name a few. Later that year, our fully upgraded website was launched. It was now possible sell tickets, become a member and take donations on-line, as well as view photos from our collection.

In early 2016, Director Heather Johnson stepped down but left the Society with a renewed spirit and a record number of both individual and business memberships. Taking her place was Tracy Pfaff and Educator Kathy Fitzpatrick had also joined the team.

Ted Kaplan took over as President of the Board in 2017, with Phil Ingerman as Vice-President. Through the many years of their leadership the Society focused on Board development and cultivated important relationships, not to mention Ted’s auctioneer expertise at our annual benefits. 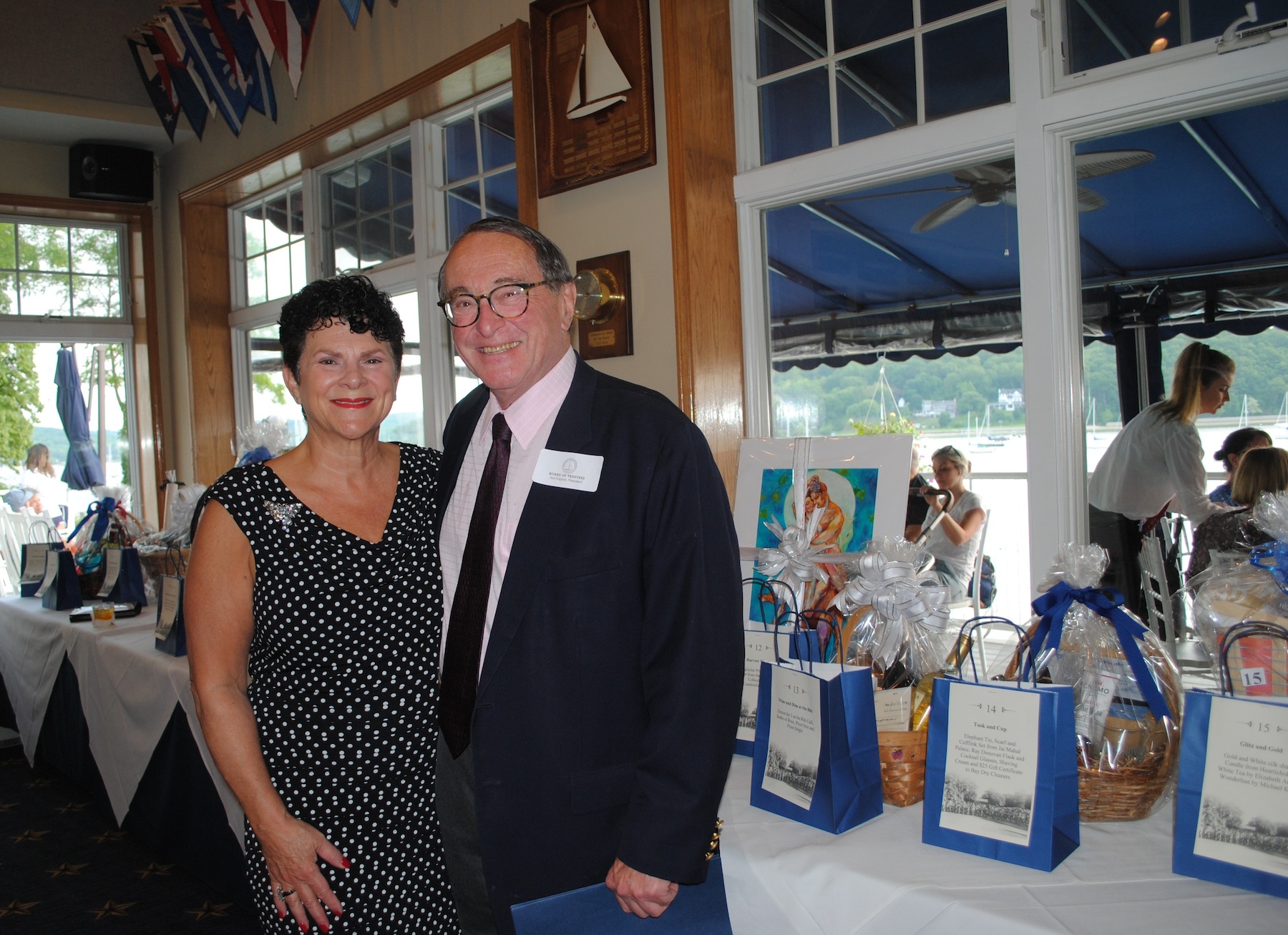 The Society continued offering many enjoyable events and programs such as the very popular Historic Harbor Tour, Taste of Northport – India, the Garden Tour, and a porch party celebration in honor of the house at   Bayview Avenue being placed on the National Register of Historic Places. During this time, we hired a new Director, Andrea Miller and a new Educator, Lucy Davies.

As we prepared for our annual “Irish Pub and Trivia Night” in March of 2020, we were hearing about a potentially lethal virus called Covid-19. As events and businesses were shut down, we cancelled our event and by the next week the world was in lock-down. The Society staff and Trustees continued to meet via Zoom, which no one had heard of before, but allowed us to brainstorm ideas to bring our resources outside of the museum. Facebook became a large part of that strategy. With weekly articles and photographs, we were able to reach more people than ever before, and our Facebook followers topped over three thousand. We then created a blog on our website and started a weekly E-newsletter. At our table at the Farmer’s Market, many people came to us and told us how much they enjoyed the Facebook posts and newsletters. We could see how much our community presence had grown throughout the Pandemic.

We also took that time to do some house cleaning. Our offices were renovated and re-organized. In the process of doing so, we moved our reference library out into the gallery and created the Carnegie Corner Reference Library in honor of Andrew Carnegie who had given Northport the funding to build the public library which is now the Society’s home. In addition to the approximately 1,000 books on the shelves, a sitting area with computer kiosk was installed. The kiosk allows patrons to search our entire collection of over 10,000 documents and photos by keyword. The work of digitizing the collection began in 2009 and now, thanks to the upgrades of our museum software, we were finally able to share the fruits of our labor. 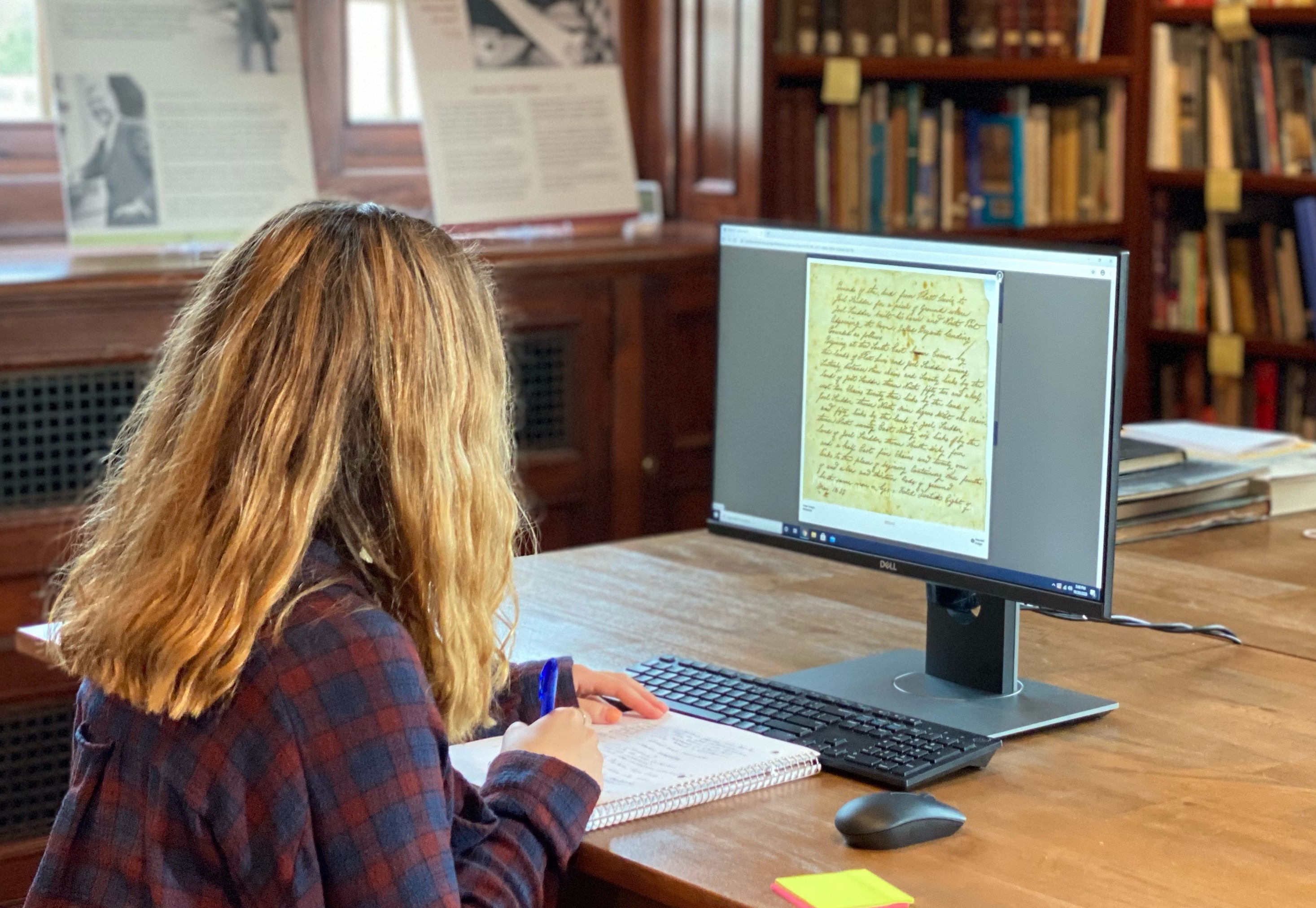 In June of 2021, the Society opened its door to the public once again and held a grand opening reception for the new exhibit, “Immigrants of Northport and East Northport.” The opening was a huge success as over 100 people turned out to learn about the lives of those immigrants that made and are continuing to make contributions to our community. One of those highlighted was Irish immigrant Michael Dowling, President, and CEO of Northwell Health. Mr. Dowling was also honored at our Annual Benefit later that year for his continued support of the Northport Historical Society, as well as his leadership through the Pandemic.

Opening reception for Immigrants of Northport and East Northport, June 2021

As our 60th year began, and as of the writing of this article, another large goal of the Society’s is getting closer to being reached, that of “Access for All.” Just before the pandemic and just recently, two important gifts were given to the Society, the Skidmore House at 199 Main Street, and the Donahue House at 209 Main Street which sits next door to the Society’s Museum building. The houses were donated to the Society by sisters, Muriel Gottesman, and Arlene Handel. Now falling under the Society’s umbrella, we are able to ensure the preservation of these historic homes. But most importantly, it will allow us the room to build another entrance on the side of our building including ramps for wheelchair access.

Just this month Educator Ceylan Swenson and Curator Terry Reid, met with teachers and archivists from around New York State to contribute to a program called “Consider the Source.” This will be an on-line platform where educators can find primary source materials uploaded by repositories such as us, for use in their classrooms. This is another way the Society is fulfilling its mission of not only preserving historical documents but sharing them.

In the upcoming year we will be rolling out our new Historic House Plaque program, continue awarding the Northport Icon Awards and hope to host more school and scout groups than ever before.

Through our website, a strong social media presence, a near fully digitized collection, and steps closer to access for all, the Northport Historical Society has made huge strides integrating ourselves with the digital age and improving the accessibility of the collection.

Starting with one concerned citizen’s letter to an A&P, and for the next 60 years, many dedicated and passionate men and women have contributed to the successful efforts of sustaining our mission. Today, our new Director Caitlyn Shea, Board President Suzanne McGuire, and all the staff and trustees are just as dedicated in preserving their legacy. We look to the next 60 years and can only imagine what more we can accomplish. 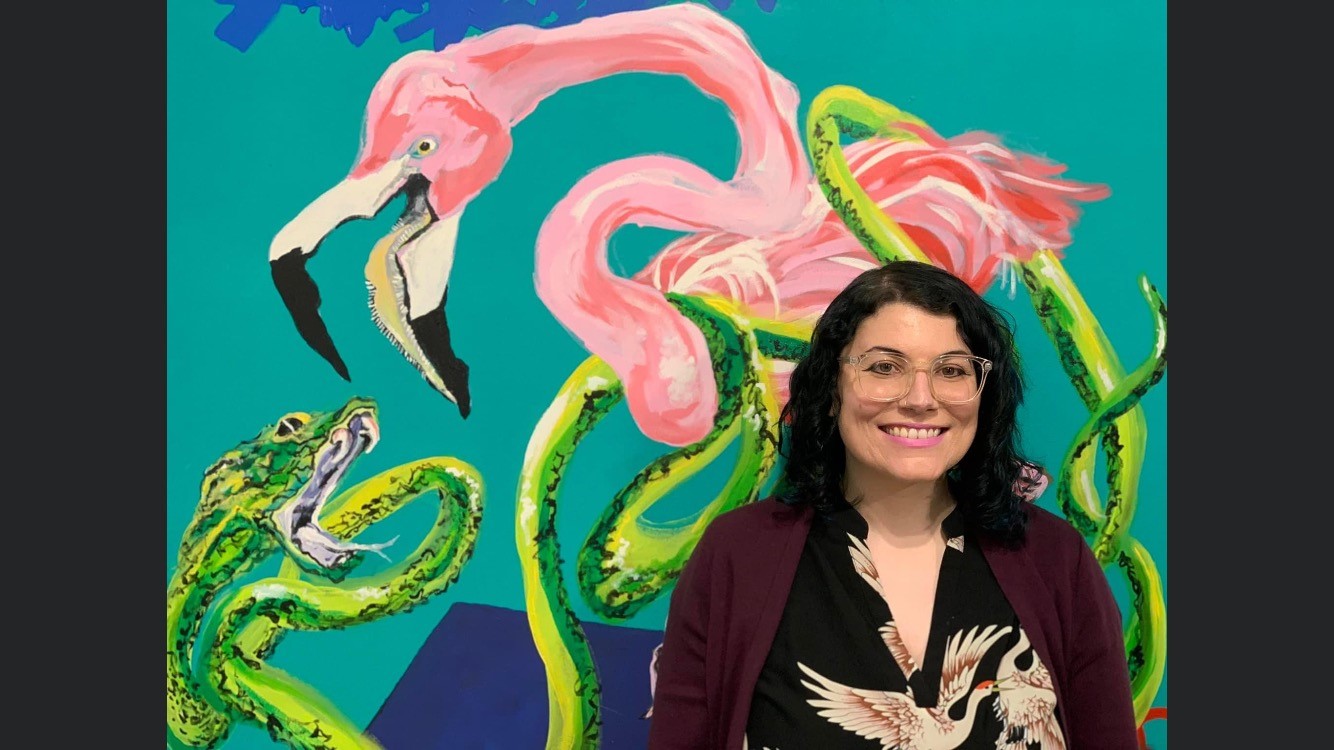 **This year’s annual benefit will be held on October 27th at the Northport Yacht Club. It will be our 60th Anniversary celebration. Member tickets will go on sale on September 9th and non-member tickets the following week. Sponsorships are also available at many levels, and we would love your support! All info will be on our website: Northporthistorical.org. If you are a past staff member, Director, or Board Trustee, we are looking for you. Please contact us at 631-757-9859 or [email protected], so we can ensure your invitation to the celebration.