Memories of the Gunther’s Guru

Jack Kerouac is undoubtedly one of Northport’s most famous residents of the late-twentieth century. 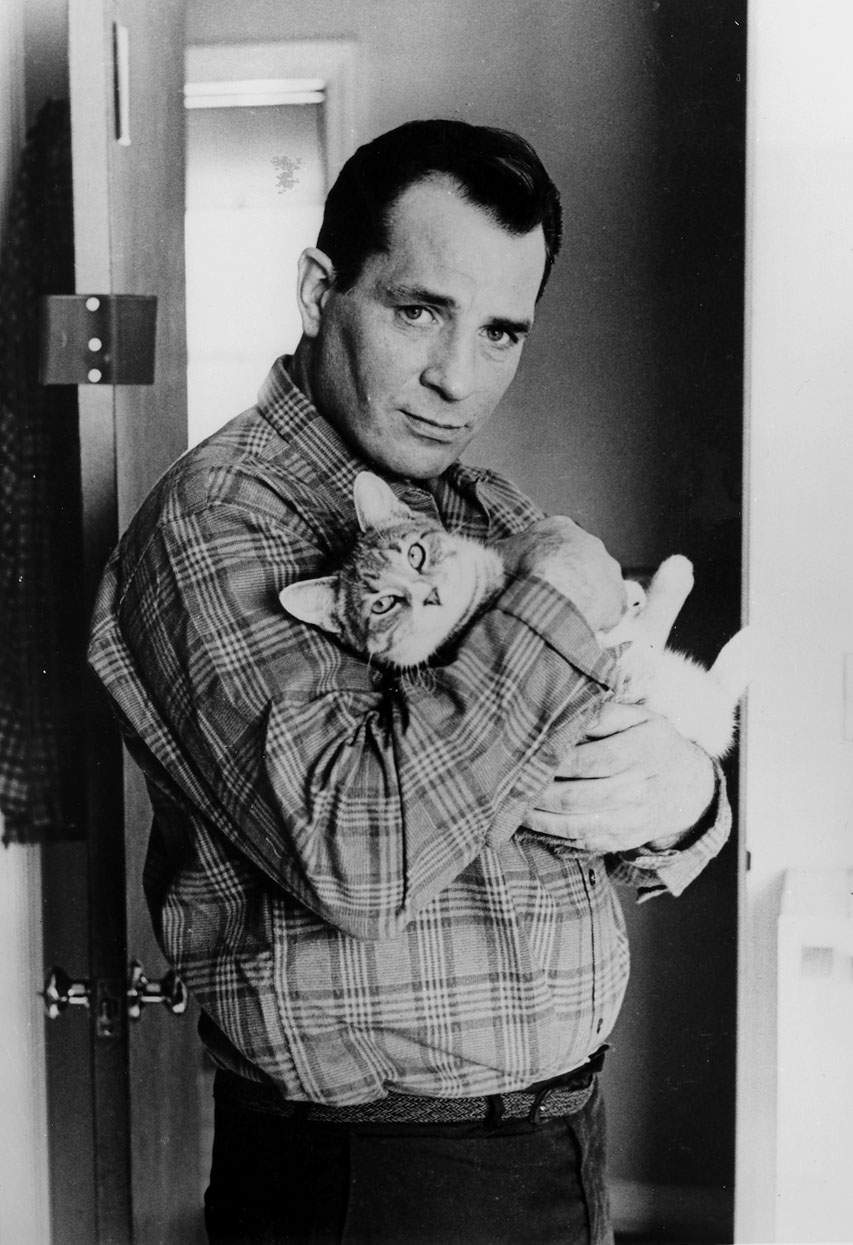 Born in 1942, he and his mother, Gabrielle (called Memere), came to Northport at the height of his notoriety as the author of On The Road. For a time he was seen as a guru for aspiring bohemians inspired by his fellow Beat writers.  Many locals have their own memories of the Kerouacs, mother and son, who left Northport for Florida only a couple years before Jack’s death in 1969. In the late nineties, author and playwright Patrick Fenton gathered many such anecdotes to inform his 1998 play, Last Call: Say Goodbye to Kerouac, which takes place during Jack’s last night in the village. Fenton passed away in January 2022. In Fenton’s honor, and in honor of Jack Kerouac’s 100th birthday, we present excerpts from Fenton’s research. Anecdotes have been reordered and edited for narrative clarity. 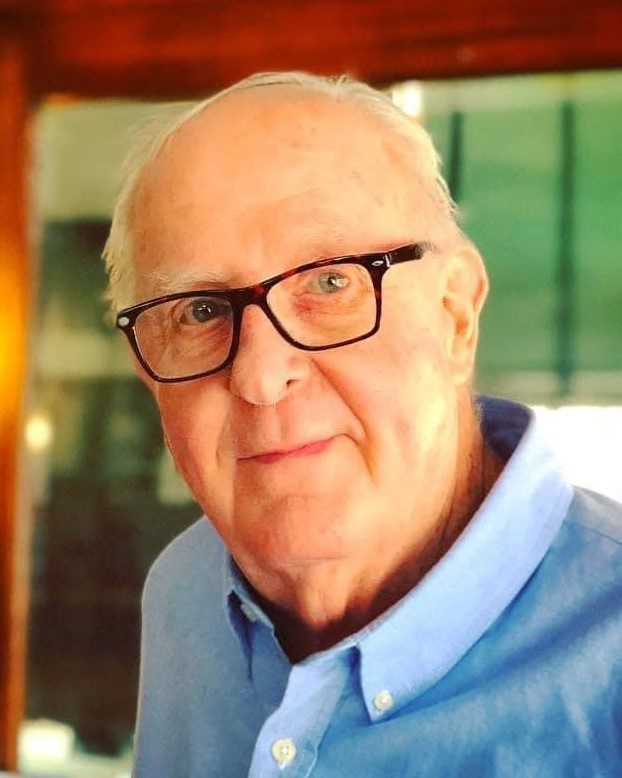 “I was on the beat in the early 1960s. It’s night and day. Those were much tougher times, there were a lot of empty stores. The war was going on. There were protests on Main Street, overt, serious drug problem[s]. Arrests were plentiful in the street, you could pick your choice of drugs then, on any night. The village park was a haven, the shrubs were a good place to hide.

The area was heavy duty fishermen, lobstermen, clammers, the bars and restaurants catered to a different class of people…

Steers was in its waning days, but still around as a sand mining operation. Most of the labourers had families in the village, and lived here. Davis Aircraft was making seat belts for aircraft, and bullet proof vests. The village was full of working class people.

I walked the beat, and drove the car. My job was to stay in the street…

Kerouac? I never dealt with him, but I saw him. He used to go to the diner. There was another sugar bowl type place with a counter, this side of the street, around Gunther’s [Tap Room]. Kids hung out there too, and Kerouac went there. I saw him one day, said, “oh is that him?” He socialised with an eclectic group, he would hang out one day with a clammer, and then next day with a big time lawyer.

I was in my 20s, I was in awe. I was an impressionable young cop. He wasn’t the only celebrity in the village though. A lot of limousines came in. Jackie Gleason, Allen Funt, even Richard Nixon. They knew people in Asharoken or Eaton’s Neck, and the only place to tie up with these big boats was in Northport.

A lot of us couldn’t drive. My mother ran an open house, literally people came in (Woodbine Avenue) at any time. I don’t know if it was common with others, but at my house it was. The people living upstairs were the Orlovskys. My mother and Peter’s mother struck up a friendly relationship. Peter and Ginsberg would end up in the kitchen, my mother baked, people came in and had her cookies. Kerouac would come over to visit, there were always lots of people around.

[Kerouac] would ask us questions. I found him to be a teacher… This was a generation that was taught by rote. Sometimes he would yell and scream, how can you be so stupid! He didn’t always like having me around, he was with the boys.

I can’t say that I thought he was famous, I knew he wrote and he would read to us, things that he was writing. It wasn’t till I went off to college, I went to NYU, that it was a very bohemian atmosphere. At NYU people talked about him, and when I said I knew him, they’d go wait a minute! You know him!” 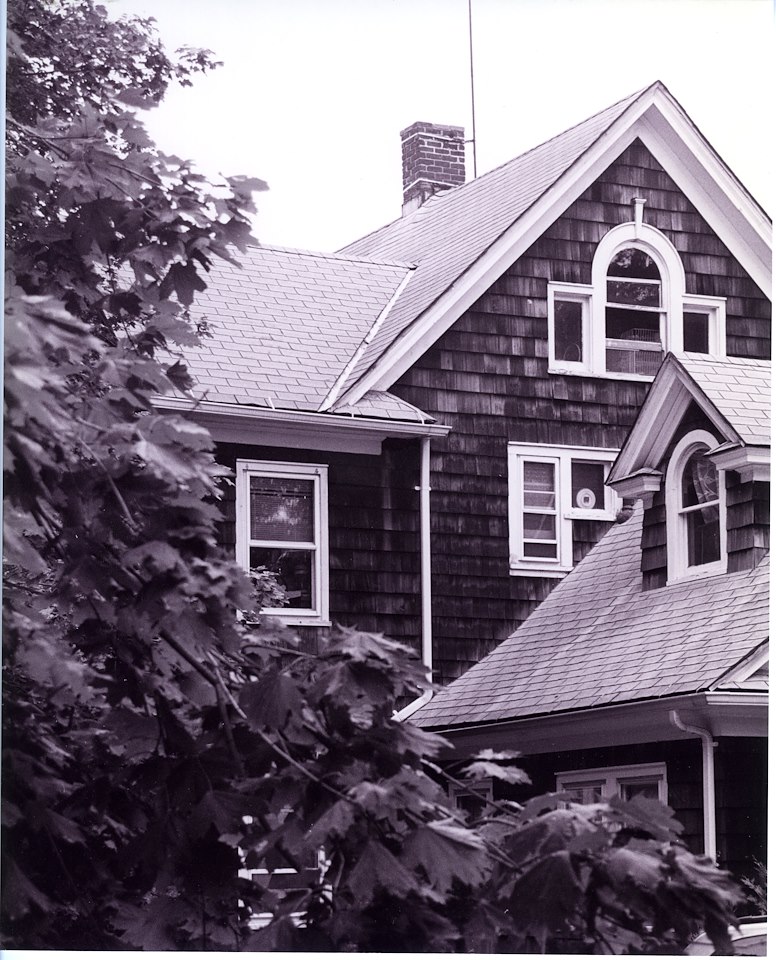 “He was a very delicate and sensitive person, pious, kind, who escaped through booze. One time he went over to George [Trentacosta]’s (1945-2000) house in East Northport, he picks up the cat and buries his face in the cat’s stomach, he said it was like God.

The first time I met him in Northport, he had been down there quite a lot, and friends of mine had numerous experiences with him. I had started reading him, and one night I walked across Main Street Northport and there he was in Gunther’s. He was at the far end of the bar, staring at the surface of the glass, in a deep trance, typical bar scene. He was quite loaded.

I had just finished reading Bir Sur, and I was trying to relate to him but I was terrified, he was an idol of mine. He was in high gear, in a super state of drunken, mad, poetic fun. In a party mode, but for him it was quite esoteric, and literary.”

“I was a writer at the time, sold a few short stories to the Saturday Evening Post, living in Northport. The plumber was at the house, and he said “I know another writer in Northport - Jack Kerouac.” Kerouac was probably the most famous writer in America.

The plumber took me, my wife, and my newborn son to his house. Jack was very warm, friendly and ingratiating. He went out of his way to make us feel comfortable, even though I was an unknown writer. He entertained us with recordings of Miles Davis and other jazz artists, private recordings. He danced wildly with my one-year old son in his arms.

At the time we had a group that played baseball on Sundays. Jack asked if he could play with us. He wasn’t really a baseball player, he was a football player in college, but he played with us a few times. We were serious ball players.

One memorable night was the one when he came in from Fire Island after having been arrested for vagrancy. He was in the basement of my house by the pool table. My wife Corinne fixed him an omelet. He was in shock, he couldn’t believe nobody recognized him being Jack Kerouac.”

“I loved to hear Jack ramble on spontaneously about some aspect of his life. He had this marvelous gift to be spontaneous. But when the crowd got big he would get louder, more boisterous. He was a fairly insecure person, definitely not a leader.

There were times when I would say to myself I don’t care if I see this SOB again. Not the Jack I appreciated. Then again there was the charming winsome creative appealing Jack.

It was interesting to get him out on the ballfield. He was dissipated, though he had been an athlete. We would drag him out of bed Sundays, 11 or 11:30 to play ball at the Ocean Avenue school. He’d be in the outfield, try to call back the athleticism of his past, which wasn’t there. He’d go after a ball, miss it. Then he would do a caricature of himself missing the ball, like somersaulting.”

“I probably met him in 1962, in Northport, at Stanley Twardowicz’ house. We became social friends. Jack wasn’t properly a sociable person, he was just there.

We played ball together… He lived on Judy Ann Court at the time, around the corner from Ocean Avenue School, he would come out to play in his slippers. Mike McGrady, a Newsday writer living in Eaton’s Neck, came to play too. And Bob Walters… We’d end up at my house or Stanley’s studio, or at Bob Walter’s drinking and carousing.

The last night Jack was in Northport, there was a bar in Centerport, later Rockhoppers. They were supposed to leave for Florida. Memere [Gabrielle] wanted to go to Florida because her daughter wanted her to go there. He absolutely didn’t want to go. He definitely wanted to stay in Northport.” 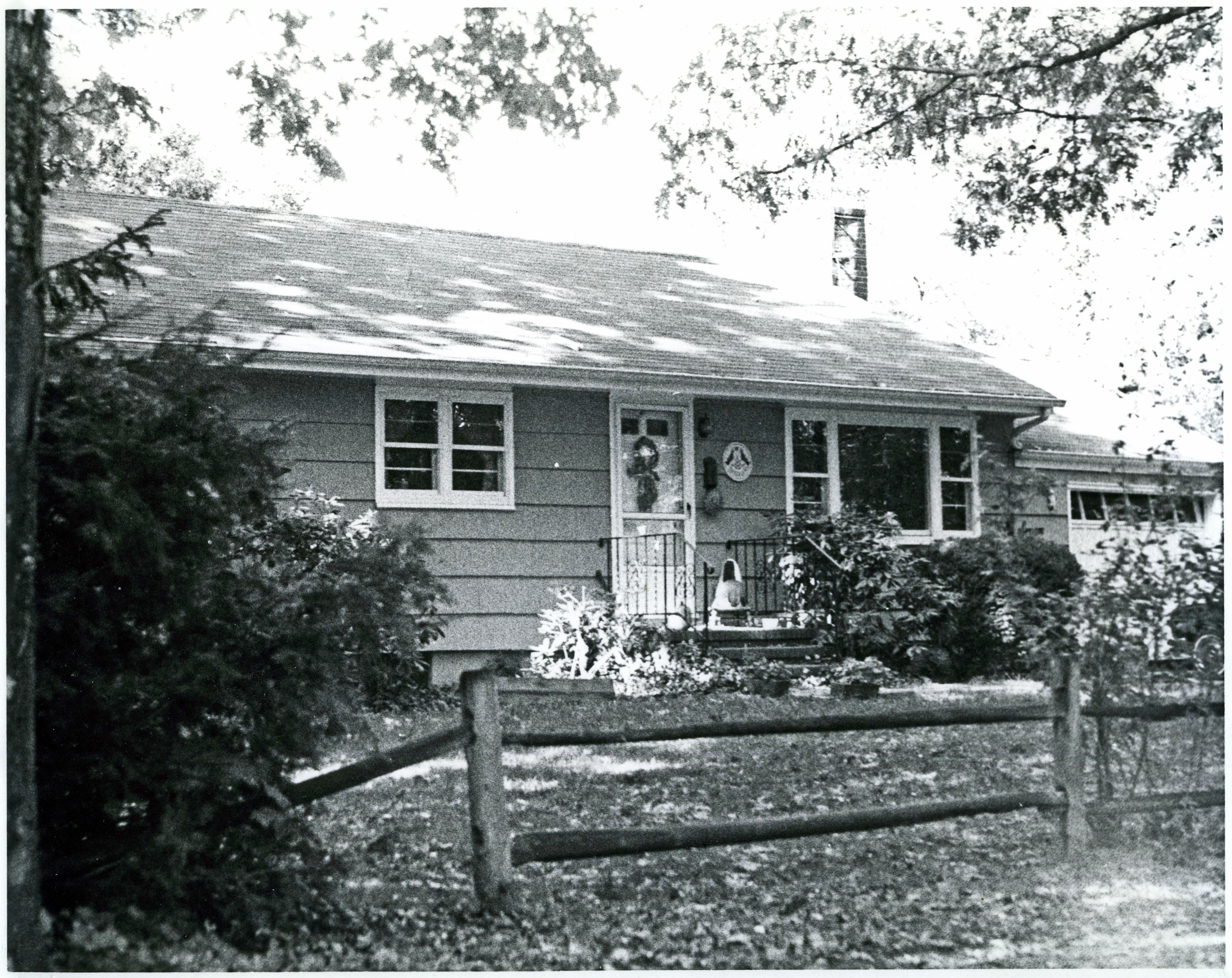 “Kerouac was a neighbor of mine, he lived two doors down on Judy Ann Court… I can tell you this - he was afraid of his mother. I remember her shouting at him - in French.”

“I went to a party at Twardowicz’ place, Kerouac was there, he was sitting in a corner, very drunk. He had some notebooks, he always carried his notebooks around. He asked me if I wanted to share them with me, and I looked at them. There were some notes about football. I said to myself, well these are nothing. Next thing it was an article in Esquire Magazine. And it was good.”

“I moved to Northport in 1956, he came in about 1958. Now I knew he was in Northport, but I’m not the type to call someone. But I hung out at the Cedar Tavern in New York City, the artist’s bar, and he said he recognised me. Hey, you live in Northport, he said, why don’t you bug me? Because you don’t bug me, I told him.

The first time I met in Northport was in 1962. I was going to the studio and he was across the street from me. He asked me where I was going and I said to work. He said, you’re a painter, don’t call it work.

There were others who were in the city, But Northport was the place for us to work - I paid $200 for the studio. Jules Olitsky lived in Northport too, he got friendly with Jack, before he died.

Jack liked Northport. He and Allen Ginsberg and Peter Orlovsky came to visit Peter’s mom, Jack tagged along. When he saw the town he said I’m moving to this town. This was right after he was famous.

One time at Gunther’s some guys came in with rifles after hunting deer. You could feel the tension. [Kerouac] had cats in his house. He confronted them. You don’t know the first thing about hunting, he told them - and then for fifteen minutes he talked about fox hunting. At the end, they applauded.”

The Northport Historical Society is looking for a donation of the Northport High School art and literature magazine The Last Word from June, 1960, which includes an essay on Kerouac written by William Byers. Please contact [email protected] if you have a copy.